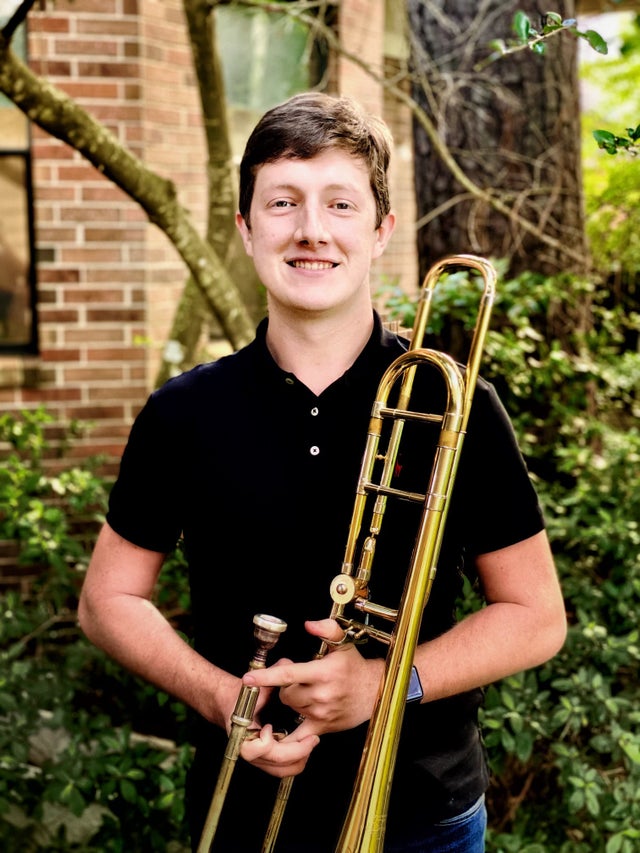 Jameson Talton was born and raised in Katy, Texas. Music has been a part of his life since the beginning.

Jameson attended Seven Lakes High School, where he was Principal Trombone of the Wind Symphony and Symphony Orchestra. During his time at Seven Lakes, his ensembles were invited to perform as Honor Orchestra at the Texas Music Educators Association. Because of his dedication and hard work, he earned a spot in the TMEA All-State Band twice. He has performed in the role of Principal trombone with the Katy Youth Symphony and The St. Peter's United Methodist Church Orchestra.

During the summer of 2019 he performed with the AFA Music Festival Symphony Orchestra in Houston, Texas playing Tchaikovsky’s sixth symphony and Pines of Rome By Respighi.

Jameson is currently a Sophomore at Baylor University and is pursuing a Bachelor’s Degree in Music Performance, specializing in Trombone. This past year at Baylor, he was a member of the Baylor University Golden Wave Band, Symphonic Band and the Trombone Chamber Sextet. Jameson’s primary instructors were Carl Muller and Bruce Melville. Jameson is currently under the instruction of Mr. Brent Phillips.