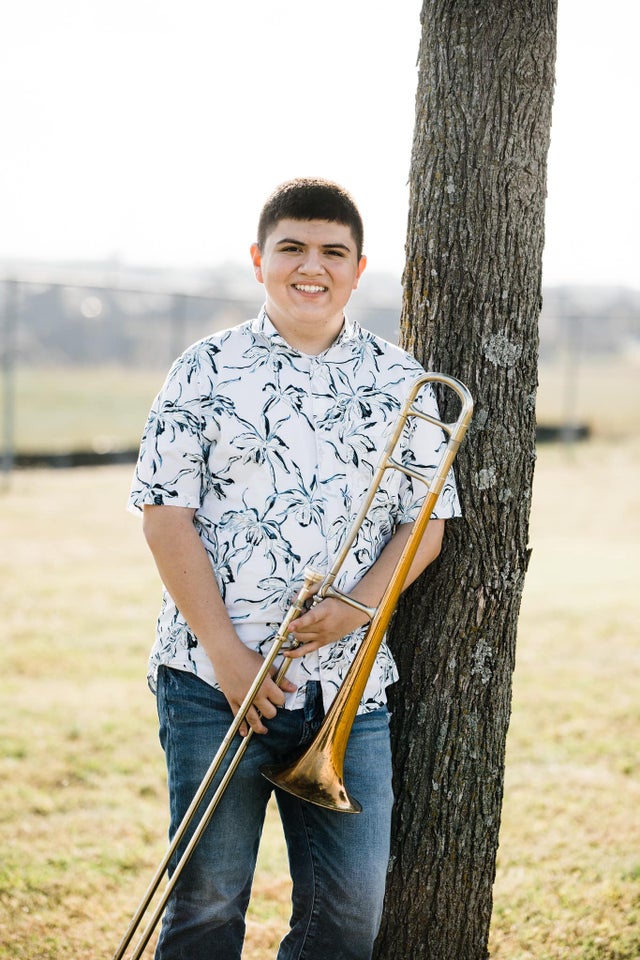 Grant has lived in Sachse, Texas for the past 14 years. He has been developing his musical passion since elementary school, when he began playing the piano, guitar, and viola. In middle school, he found his love of the trombone, and his passion exploded. During high school, he served as the trombone section leader his junior year, and as the Brass Captain his senior year. He also made the TMEA All-State Band twice, and was awarded the John Philip Sousa Award his senior year. During his junior year, he also spent time performing with the Wylie Community Band as the youngest member of the group.

Grant is a member of the Baylor Trombone Studio and has performed with the Symphonic Band and various chamber ensembles. He also serves as a squad leader in the Baylor Golden Wave Marching Band. After his undergraduate studies, he plans to become a band director at the high school level as well as finding time to perform on the side.