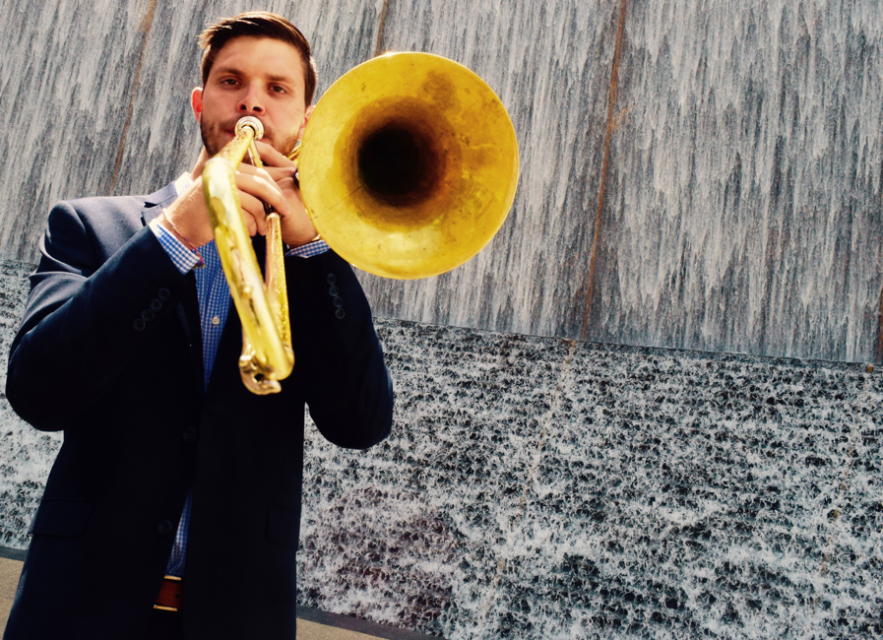 Jacob will be serving as chief development/social media and photo journalist for the festival. He will performing on bass trombone in the full brass choir and helping with meal preparations.

Jacob Small is an American born bass trombonist from Houston, Texas. He received his Bachelors of Music from Baylor University in May 2014, his Masters of Music at Southern Methodist University May 2016, and will be pursuing his Doctorate of Music at the Cleveland Institute of Music in August 2017. His most notable teachers include Brent Phillips, John McCroskey, Philip Freeman, and John Kitzman. In addition to being a freelance trombonist in the Dallas and Houston areas, Jacob Small has had appearances with the Waco Symphony Orchestra, the Dallas Symphony Orchestra, the Dallas Chamber Orchestra, the Music in the Mountains Festival, the Texas Music Festival Orchestra, the Roundtop Music Festival Orchestra, and various Chamber ensembles throughout Texas. Small is the winner of the 2016 Edwards Bass Trombone Competition (held at Texas State University) and was a finalist for the New World Symphony Orchestra (2016) and the Big XII Bass Trombone Competition (2014).

Small currently holds a private lesson studio in Cy-Fair ISD for both tenor and bass trombonists at the junior high and high school levels.